The manuscript, guarded from the Middle Ages in the cathedral of Santiago, remained for a year in hiding after being stolen by a former employee of the temple.

The Codex Calixtinus (Codex Calixtinus) is a 12th-century manuscript gem, considered the first and most famous guide to the Camino de Santiago. The volume is made up of sermons, hymns, miracles, liturgical texts, musical pieces and stories about the apostle Saint James and the Pilgrim's Way to Santiago de Compostela.

The Compostela volume is the oldest and most complete copy of the work known as Liber Sancti Iacobi, of which there are around 200 copies scattered throughout Europe. The texts were written at different times and independently, but the authorship of the last of the books that complete the Codex Calixtinus, which speaks specifically of the Way of St James, was attributed to a French monk, Aymeric Picaud.

Contents of the Codex Calixtinus

The 225 parchments that make up the Codex Calixtinus are divided into five books and two appendices. The Codex opens with two folios in which the pontiff Callixtus II recounts, in a letter addressed to 'the very holy assembly of the basilica of Cluny' and to 'Diego Gelmirez, archbishop of Compostela', the testimonies related to the miracles performed by the apostle St James collected 'while travelling through the cruel lands and provinces for 14 years'.

Book I of the Codex Calixtinus is a compilation of liturgical texts for the religious celebrations in Santiago that accounts for almost the entire bulk of the medieval manuscript. It is followed by the Book of Miracles, the narration of 22 prodigies at the hand of the Apostle James. It is not until the third book that the work begins to introduce the tradition of the pilgrimage through the account of the Apostle's evangelisation stage and the transfer of his body to Galicia.

Book IV deals with the apparition of Saint James to Charlemagne in a dream to incite him to liberate the tomb of Santiago de Compostela from the Muslim invasion. To help him in this endeavour, he showed him, by means of a path of stars, the direction he should follow.

The Codex Calixtinus closes the fifth book, the best known, translated and extolled of the whole volume. It is an extensive and complete guide for pilgrims that describes the route of the French Way, its enclaves, the customs of the towns and cities through which the itinerary passes and the sanctuaries that the walker should not miss. It also includes a series of practical tips for the traveller and warnings about the dangers that could be encountered on his adventure to Compostela, as well as anecdotes that he experienced during his journey.

In 11 chapters, the Iter pro Peregrinis ad Compostellam reviews the journeys, the hospices, the natural accidents along the route, the saints who "rest" there, the city of Santiago de Compostela - the cathedral, the sepulchre, other churches in the Galician capital - and indications on how to welcome pilgrims.

The five books are completed with an appendix that incorporates into the codex a repertoire of liturgical chants for the great ceremonies commemorating the Apostle St. James, 21 polyphonic compositions which, from a musical point of view, constitute the most important part of the manuscript. 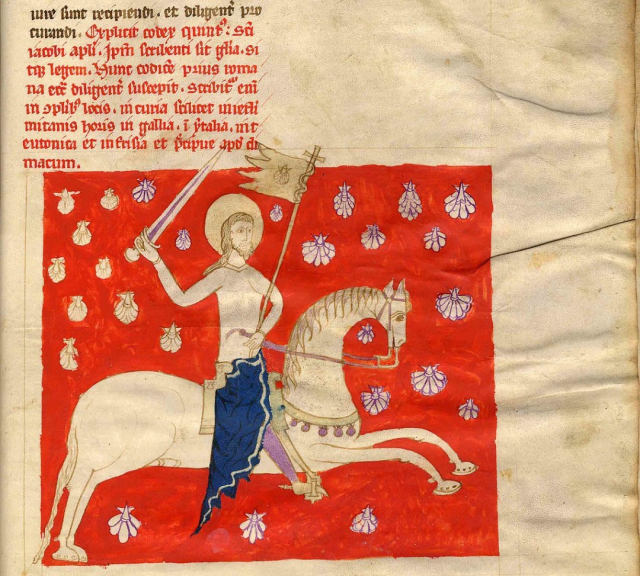 The theft of the Codex Calixtinus and its recovery

After being safeguarded for centuries in the cathedral of Santiago, the Church was on the verge of losing this precious documentary relic forever. On 7 July 2011, the news of the disappearance of the Codex Calixtinus was made public. Two days earlier, the archivists of the Cathedral of Santiago, alarmed, began to miss the book and alerted the authorities to its theft.

During the first hours of uncertainty, everything pointed to two possible motives for the disappearance of the Calixtine: an internal revenge, directed mainly against the dean of the cathedral and then in charge of the archive, José María Díaz, or a theft commissioned by an art collector. Some specialists explained that, without collaboration from within, it was impossible to carry it out successfully.

The police, with the help of specialists from the Historical Heritage Brigade, immersed themselves in a meticulous study of the cathedral's security cameras. With an added problem: in the room where the Codex Calixtinus was kept there were no cameras, the closest ones were located in the access corridors. The operation included roadblocks, which were joined by the Guardia Civil and the Republican National Guard in Portugal.

A month after the disappearance, the police kept all lines of investigation open, but the theories about the theft evolved into robbery and even kidnapping, taking advantage, according to the investigators, of the busy circulation inside the temple and the lack of control over access to the interior and the backpacks. In this situation, the dean was forced to resign as cathedral archivist, acknowledging that the disappearance of the codex was a determining factor in this decision and that, according to all accounts, the keys to the box in which the book was kept along with other documents were placed in the lock without any kind of surveillance.

On 4 July 2012, the manuscript was found wrapped in a plastic bag in a garage in Milladoiro, a neighbouring town of Santiago de Compostela. The garage belonged to Manuel Fernández Castiñeiras, a former electrician who had worked at the church, who had in his possession not only the manuscript, but also other objects of great value that he had been taking from the sanctuary of the Apostle for years.

In 2015, the Provincial Court of A Coruña sentenced Fernández Castiñeiras to 10 years in prison for the theft and robbery with force of the Codex Calixtinus, a large quantity of relics from the cathedral, more than 2.5 million euros and its laundering. During the twelve years he worked in the Cathedral of Santiago. 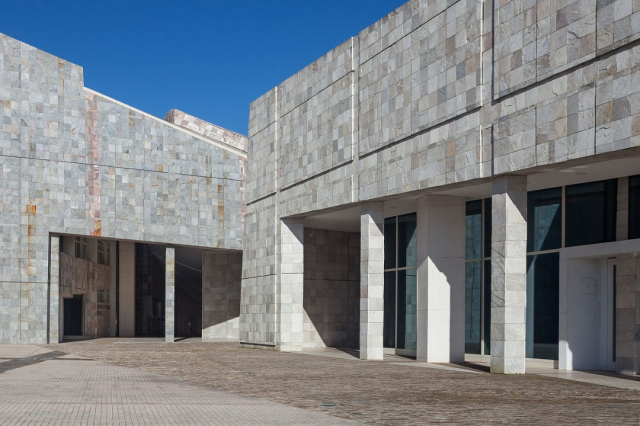 After its recovery, the Codex Calixtinus returned to Santiago Cathedral, but not for long. The expectation that reached the absence of the manuscript became, with its appearance, an unusual curiosity for this medieval jewel that cried out for the need to make known its history and show it to all those who wanted to see it with their own eyes.

The Xunta de Galicia programmed a travelling didactic exhibition on the history and contents of the Calixtinus, the cultural environment in which it was born, the mentality of the time, the cathedral and the city of Santiago in the 12th century and a synthesis of the history of the Way of St. James and its cultural values. Meanwhile, the original, which for some time remained on display in the Compostela temple, was later transferred to the Cidade da Cultura. Now, back in the cathedral of Santiago de Compostela, it remains guarded under reinforced security measures.