Recovery during the XX century

The boom of the Camino de Santiago that we have witnessed in recent years is something relatively recent in the millenary history of the Jacobean Route.

8
Recovery during the XX century 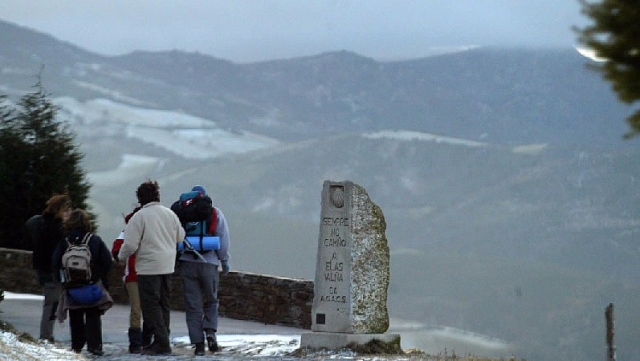 One of the most important figures in the revival of the modern pilgrimage to Santiago was the pastor of O Cebreiro, Elías Valiña, who also put this mountain enclave back on the map as one of the great landmarks of the French route. Originally from Sarria, although he settled in O Cebreiro as a priest, throughout his life he studied the history of the Camino of Santiago – his doctoral thesis was on the Camino and in 1965 he studied in Salamanca.

When Valiña started promoting ancient route, it was, in some places impassable. Therefore, he decided to define the original sections of the pilgrimage route, and after convincing mayors and other parishes and attracting different associations of friends of the Way to become involved, the task of marking the original route began.

Between the end of the 70s and the 80s of the XX century the signalling of the French Way with yellow arrows was undertaken. The reason for this colour, currently the symbol of the Jacobean route, can be traced to three reasons. Firstly because it is a good colour in terms of visibility, secondly, because in the Gallic country yellow is the colour typically used for hiking trails and many pilgrims come from these lands. And, thirdly, because Valiña used paint cans to mark the routes and they were of this colour. There is a famous story starring the pastor in the Pyrenees. After being stopped by the Civil Guards, and caught with a can of yellow paint in his hand, drawing striking yellow arrows, they asked him what he was doing so close to the French border. ” Preparing a great invasion from France,” was his answer. After taking him to the barracks, he explained himself.

The personal conviction of the visionary pastor and the investment made by him in the form of kilos of paint, led to thousands of pilgrims to Santiago and, to a new and rediscovered pilgrimage.

His nephew, Jose Valiña, who now runs a shop located opposite the church of Santa Maria Real de O Cebreiro, emotionally recalls another of these coincidences linked to the Camino. At the time of his death, Valiña was performing a complete mapping of the pilgrimage route. After his death, his nephew took up the project with the writer and historian from London, Laurie Dennett, a lover of O Cebreiro he had settled in the place. They both travelled to Navarra to work on this project and punctured a tire in a place where previously his uncle Elías had also had a car accident. “A man approached us and told us that the last person who had had an incident in this place was a mad priest.”

Elías Valiña died prematurely in 1989, at 60 years of age. His grave can be seen at the Basilica of Santa Maria Real in O Cebreiro. Outside the temple a statue also pays tribute to this man who left his mark among the various promoters of the Camino of Santiago and he still serves as a model to many of them. Following in his footsteps many continue painting yellow arrows to guide the pilgrims and create new pathways to Santiago.