The tomb of Santiago Apostle: How was it discovered?

Almost 800 years after his death, the remains of the Apostle were found thanks to a star that marked his location 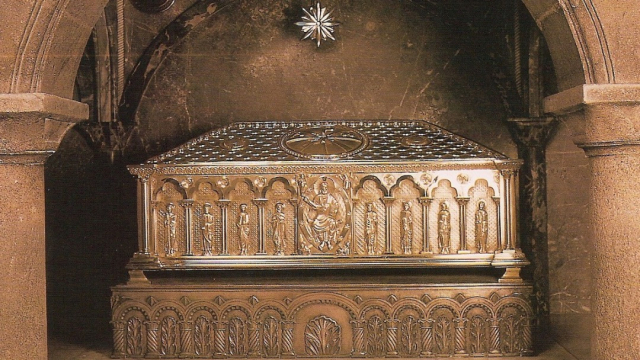 The Camino de Santiago has numerous routes that depart from different parts of Europe and cross the Iberian Peninsula until reaching Galicia. And although during this adventure pilgrims enjoy incredible landscapes and a varied gastronomy, the main reason why many pilgrims do the Camino is to visit the Cathedral of Santiago and venerate the tomb of the Apostle.

But although now we all know where the remains of St. James are, they were hidden for more than 8 centuries in antiquity. How were they discovered then?

The arrival of Santiago to Galicia and the burial of his remains.

After being beheaded by Herod Agrippa I in the year 42 following his return to Jerusalem, the remains of St. James were taken by his disciples on a long boat trip to Galicia. Specifically, they disembarked at the port of Iria Flavia (now Padrón) and deposited the body of the Apostle on a large rock that became the Holy Sarcophagus.

The next step carried out by the disciples was to move this sarcophagus to the castle of Queen Lupa, to whom they asked for a place to bury the remains of Santiago. But to the surprise of the men, the queen sent them to the court of King Duyos, an enemy of Christianity who locked them up. Although as we know, the story does not end here, but according to legend, the disciples were freed by an angel.

In this way, they continued on their way to Compostela and during the journey the men miraculously overcame several setbacks. This perplexed Lupa, who surrendered to the disciples, converted to Christianity and made her own palace available to the men to bury Santiago. But when was it discovered that the remains of the Apostle lay there? 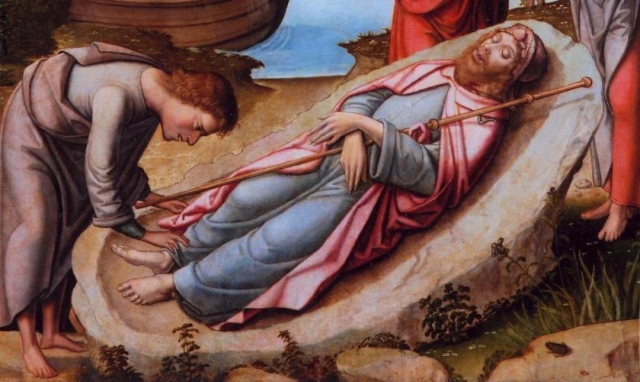 The discovery of the tomb of St. James

Although Santiago was buried shortly after his death, it took eight centuries before his tomb was found in the year 813. This discovery was made thanks to a luminous star (hence the name Compostela, campus stellae, 'Field of the Star') that caught the attention of a hermit named Paio. He himself, stunned by what his eyes saw, alerted the bishop of Iria Flavia, Teodomiro, and they set course for Mount Libredon, on which the powerful light was located.

There, behind the undergrowth and next to an oak tree, they found an altar with three funerary monuments. One of them contained the body of a beheaded man with his head under his arm, and beside it, a sign indicating: "Here lies James, son of Zebedee and Salome".

The bishop, by 'revelation', attributed the remains of those bodies to the Apostle and two of his disciples, Theodore and Athanasius. In view of this discovery, the Galician-Asturian king Alfonso II the Chaste visited the site and ordered a church to be built in his honor. That place, today Santiago, became a point of pilgrimage for Christians from all over Europe. 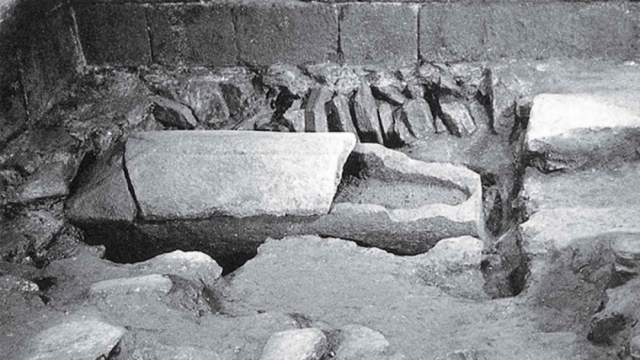 According to legend, after pirates landed in the port of A Coruña in 1589, the remains of St. James were hidden to avoid desecration. Although later it was shown that they had not taken them very far.

At the end of the 19th century, in the search for the lost remains of Santiago, different excavations were carried out in the place where the body of the Apostle would have been buried. In this way, a small hiding place was discovered behind the main altar where the remains had been kept.

In 1884 Pope Leo XIII officially recognized this second discovery and although it has never been scientifically confirmed that the remains belong to Santiago, in 1986 Unesco declared the city of Santiago de Compostela a World Heritage Site. Two years later, the Camino de Santiago was proclaimed the 'first European cultural itinerary', thus becoming one of the best known pilgrimage destinations in the world.