The Way month by month: How many pilgrims have traveled it?

We update each month the data of pilgrims who have been registered upon arrival in Santiago during 2020. 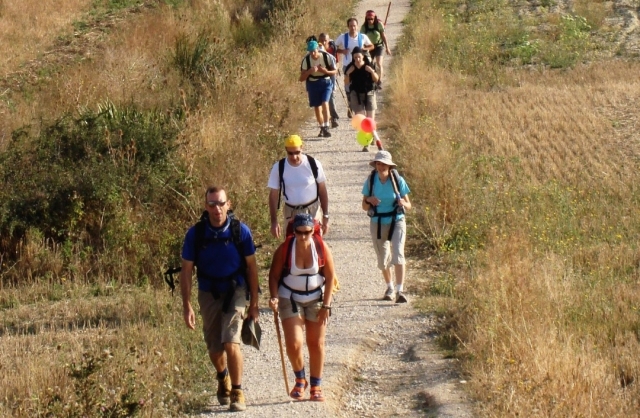 The Camino de Santiago has a large number of routes that travel thousands of people annually. Although it is true that the most successful are the traditional ones, such as the French Way and the Portuguese Way, more and more pilgrims choose less crowded experiences and opt for other roads such as the Primitive or the North. Even roads or routes less known but that also lead a large number of people to Santiago from the east or south of the peninsula: the Camino de Santiago Aragonés, the Vía de la Plata, etc.

Whatever the route chosen, the truth is that the pilgrims all arrive in Santiago de Compostela, to visit the cathedral and the Plaza del Obradoiro. Next to these monuments and the famous Parador is also the Pilgrim's Office, where pilgrims from all over the world claim the long-awaited Compostela. It is here where all the data of the travelers are collected, making an official census every month of the year.

How many pilgrims have traveled the Way month by month? (2020)

In this section we will update on a monthly basis and with official data from the Pilgrim's Office the Pilgrims who are registered every month (in 2020) and have proven that they have completed the Camino de Santiago. As you know, the conditions to obtain the Compostela are the following: Make the pilgrimage for spiritual reasons or, at least, with an attitude of search, do on foot or on horseback the last 100 km or the last 200 km by bicycle; and gather stamps of the places through which the Pilgrim's Credential is passed.

How many pilgrims have traveled the Camino in 2019 month by month?

To know how well the Camino de Santiago grows month by month, we must compare the 2020 data with respect to 2019. We must clarify that the Camino de Santiago is an especially seasonal activity, with just a couple thousand pilgrims in the winter months , with tens of thousands of pilgrims traveling the routes in spring, summer and part of autumn. Therefore there is a lot of variation in the data from one time of the year to another. What we should look at is that, if everything goes according to plan and the Road grows, the monthly data is better overall compared to the previous year. These are the pilgrims who traveled the Camino in 2019 month by month: