The Vía de la Plata takes us through some of the most important monumental cities of the peninsula for 700 km, from Seville to Astorga, passing through Mérida or Salamanca. 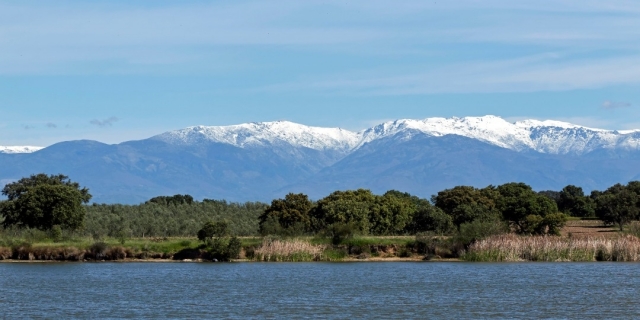 What is the Vía de la Plata?

The Vía de la Plata is an ancient Jacobean route of 700 kilometers divided into 27 stages. Also known as the Silver Route, it links the southwest of the peninsula with the northwest, starting from the city of Seville and crossing six Spanish provinces to the city of Astorga in Leon. The road we know today is based on a set of Roman roads thousands of years old, as they originally linked the settlements of Emerita Augusta (capital of Lusitania) and Austriaca Augusta.

It is the most important communication route in all of western Spain during the Roman Empire. Centuries later, the Vía de la Plata was used both for the Muslim conquest of the Iberian Peninsula and for the Christian reconquest of the peninsular territories. With this long series of events, it would finally be the Christian pilgrims who would use these Roman roads to travel north to visit the remains of the Apostle in Santiago de Compostela.

The history of the Camino de la Plata: The origin of its name

Historically, pilgrims arriving to the north had to decide whether to continue to Astorga and take the French Way or to detour through the interior of Galicia along the now known as the "Camino Sanabrés". However, the Vía de la Plata was not only used to visit the tomb of Santiago el Mayor, but also to trade silver, as its name indicates.

The silver came from America to the port of Seville and from there it was distributed throughout the peninsula. The Silver Route is also today a road of Roman origin that passes through Mérida, Salamanca and Astorga.

Why choose the Silver Route to do the Camino de Santiago?

The Vía de la Plata is a unique route that crosses the peninsula from south to north, passing through some essential monumental cities such as Seville, Merida, Salamanca or Astorga. Thanks to this, it transmits a Jacobean experience that is very different from the rest of the routes. It is loaded with multiple historical and cultural heritage, without forgetting the incredible landscapes full of nature, the tradition of different populations, etc..

It is one of the most demanding routes, with some of the longest stages of the whole Camino de Santiago that will load our legs with kilometers and with really high temperatures between the months of June and September. Although it is not at all advisable to walk the Vía de la Plata in summer due to the extreme heat of the south, the spring months are perfect for immersing yourself in these ancient routes and even with the fall of the leaves in autumn.

All the stages of the Silver Route

The Vía de la Plata crosses the entire peninsula starting in Seville and ending in Astorga. After 700 kilometers divided into 27 stages, it joins the French Way. Although it is less popular and has fewer services compared to, for example, the Camino del Norte, it has a very well signposted route and a good number of hostels.

In addition to the typical yellow arrows of the Camino de Santiago, the Camino de la Plata has complementary signage with different granite blocks with colored tiles. If the color of the tile is yellow, it indicates that the road is passable, although it does not match the original route. If, on the other hand, the tile is green, it means that it is the original route of the Roman road, however, it is not completely consistent with the Jacobean route. For this reason, it is necessary to pay close attention when choosing the correct direction to Santiago de Compostela.

These are the stages of the Silver Route, from Seville to Astorga:

Continue along the French Way to Santiago de Compostela