The Camino de Santiago from Oviedo 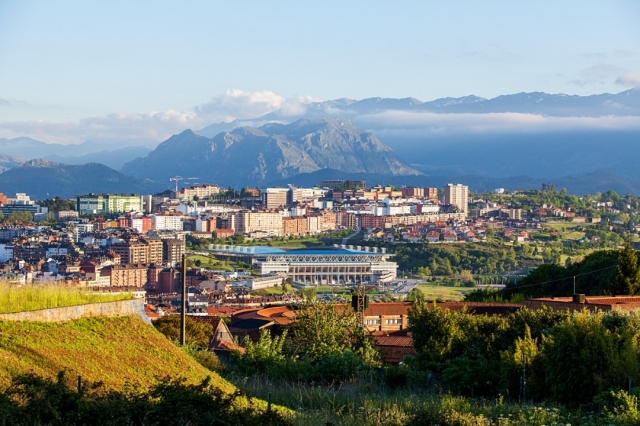 Why do the Camino de Santiago from Oviedo?

Oviedo, capital of the Principality of Asturias, is one of the most beautiful cities in the entire northern peninsula. The first stage of the Camino Primitivo, the Jacobean route with which the Camino de Santiago originated and where the first pilgrim passed, starts from the Cathedral. That the starting point of this important Jacobean route is Oviedo, turning the city into a milestone in everything related to the Camino de Santiago, and makes each year many people choose it for the start of their journey.

Although the Asturian capital has its own personality, the fact that it is the starting point for the oldest Jacobean route makes it a much more special place for all pilgrims who are going to walk the Camino de Santiago from Oviedo. The picturesque streets of its old area, the fauna and vegetation that surrounds it and its characteristic climate, join the beauty of the Primitive Way, from its beginning in the symbolic Cathedral of Oviedo.

What to take into account if we do the Primitive Way from Oviedo?

Before starting our tour from Oviedo on the Camino Primitivo, we must take into account a number of factors. This path is relatively short if we compare it with other Jacobean routes, which does not necessarily mean that it is easier to do, but it does not take a lot of free time to do it.

One of the hardest areas of this Camino is the climb of Grandas de Salime, which is a great effort for many but which is later compensated by the incredible views that the place offers. With the aim that pilgrims with less physical capacity could avoid it without renouncing the Primitive Way, many began to eliminate the distance between Lugo and Oviedo, and start their own journey at the first.

Stages of the Camino de Santiago from Oviedo

The first stage that makes up the oldest Jacobean route, that is, the Primitive Way, departs from Oviedo. Although this route is not very long, the pilgrims who cross it have 321 kilometers ahead, the distance between Oviedo and Santiago de Compostela, which is divided into the following stages:

What other nearby Jacobean routes can I choose if I am in Oviedo?

As we have already mentioned before, the Primitive Way starts from the capital of Asturias, however it is not the only one close to the city. Near Oviedo we find other Jacobean routes that can also be a very good option when doing the Camino de Santiago.

The closest route to Oviedo, regardless of the Camino Primitivo itself, is the Camino del Norte, one of the most traveled each year. Although the Northern Way has 34 different stages, next to Oviedo there are different cities where to start it and travel more than the minimum 100 kilometers to receive the compostela.

To make the Camino del Norte from Oviedo there are different options, among which two stand out. We can move by bus to Gijón to start the first of the 16 stages of the Northern Way from there, or take the bus to Avilés to subtract a stage and complete the Camino in less time.

Another option somewhat more distant than the previous one, is to move from Oviedo to León to start the French Way from there. Despite the fact that this Jacobean route originally begins in Saint Jean Pied de Port (France), there are many pilgrims who, due to lack of time, start their journey from León.

Although the distance between León and Oviedo can be an hour and a half by road, thanks to its good communication routes it is a very comfortable route to travel. You just have to take a bus to León, from there to start touring the last 13 stages of the French Way.

A last option involves having to travel to the Galician community to start the English Way from there. Whether Ferrol or Coruña is chosen as the starting city, this Jacobean route is full of beautiful landscapes and is perfect for anyone who has about a week to do the Camino de Santiago and also wants to do tourism in the city.

The best option to start the Camino Inglés if we leave from Oviedo, is traveling by train directly to Ferrol, in the north of Galicia, since although the distance between Coruña and Oviedo is not great, there are not such good accesses. From Ferrol we will start our Way until we reach the Cathedral of Santiago after having traveled the 6 stages that make up this Jacobean route.

How to travel from the main cities to Oviedo?

Being the city where the Primitive Way begins, many are the pilgrims who decide when traveling to Oviedo and make this city their starting point, however the distance to Oviedo varies according to the peninsular point where let's meet.