The Camino de Santiago from Irun

Some parts of this route are close to the coast, which means being accompanied by the Cantabrian Sea and fantastic views during the journey.

0
The Camino de Santiago from Irun 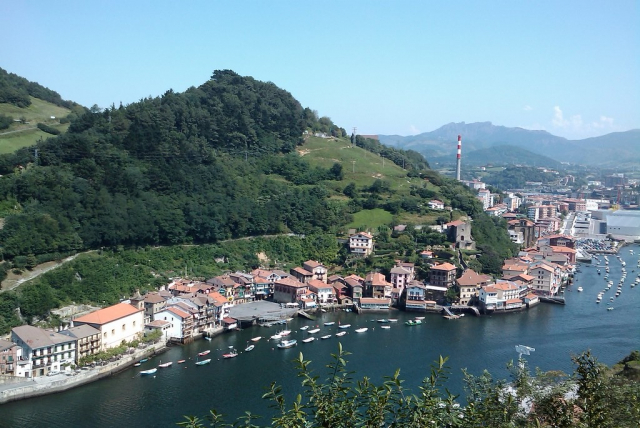 The Camino de Santiago from Irun: The Northern Way from the city of Gipuzkoa

The pilgrimage culture and the Jacobean phenomenon are made up of a complex network, with as many routes as starting points established by the first primitive pilgrims. The Camino de Santiago del Norte, popularly known as the Camino de la Costa, is a route that winds along the Cantabrian coast from Irún to Santiago de Compostela in the far north of the Iberian Peninsula.

The Camino de la Costa extends throughout northern Spain and follows the entire Cantabrian panorama of the territory. As a result of the Reconquest, it became one of the most important roads because the route crossed a safe area for European pilgrims and aristocrats who came from different points of the map to visit the remains of the apostle St. James the Greater. Once the Christian rulers regained control of the peninsula, the French Way took center stage.

Nowadays, the Northern Way of St. James is once again one of the most chosen options among pilgrims, not only for its great historical value, but also for the unquestionable advantage of traveling and enjoying the spectacular panoramic views offered by the different autonomous communities such as the Basque Country, Cantabria, Asturias or Galicia.

For all pilgrims who wish to emulate in some way this historic "safe route" that connects the northwest of the peninsula with Compostela, doing the Camino de Santiago from Irun is undoubtedly an unforgettable experience. Ahead, a journey of more than 820 kilometers spread over 35 stages that will make us enjoy many completely different natural environments.

What to take into account if we do the Camino de Santiago from Irun?

The adventure of the Camino del Norte starts in Irún, more specifically at the international bridge of Santiago located at the mouth of the Bidasoa River. Some parts of this route are close to the coast, which means being accompanied by the Cantabrian Sea and fantastic views during the journey. However, pilgrims are in for a very intense journey of more than 800 kilometers through the coastal geographical features of the Basque Country, Cantabria, Asturias and Galicia.

In the case of doing the Camino de Santiago from Irun, it should be noted that the traditional route runs along the Camino del Norte, but different paths can be taken to reach Santiago de Compostela. When crossing Asturias, the Camino de la Costa links up with the Primitive Way, which is why pilgrims have the opportunity to choose whether to continue along the Cantabrian coast to Gijón or continue on to Oviedo. Finally, as it passes through Arzúa and 20 kilometers before reaching the Plaza del Obradoiro, the Northern Way connects with the French Way that leads to Santiago de Compostela.

The stages of the Northern Way from Irún

The Northern Way from Irun consists of about 820 kilometers divided into 35 different stages. Arriving in Sebrayo, Asturias, pilgrims can choose whether to continue along the Camino de la Costa or turn off along the Camino Primitivo to reach the Cathedral of Santiago. In the town of Arzúa, however, they can finish the journey via the French Way.