If you are planning to walk the French Way and do not know which starting point to choose, you should know that after Sarria, León is the place from which more pilgrims begin to walk each year. Why is this ancient city so chosen? 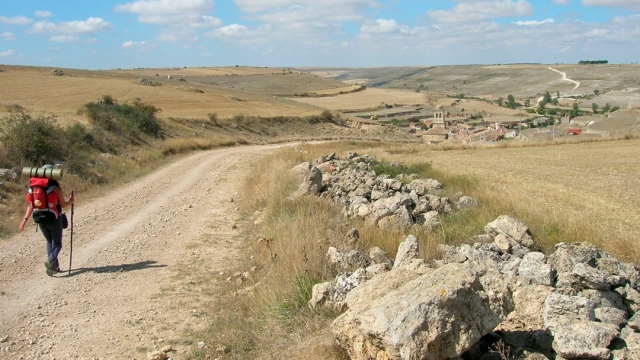 The Camino de Santiago from Leon: the second most chosen starting point

León is a city with a great Jacobean tradition behind it and the second starting point of the Camino de Santiago more chosen by the pilgrims every year. The Castilian-Spanish city is located to 300 kilometers of Santiago de Compostela and by the province passes more than 200 kilometers of routes jacobeas during 9 stages. From Leon, the pilgrim will have 14 stages on foot during which you will find, by contrast, the busiest section of the French Way.

Doing the Camino de Santiago from León means completing just under half of the entire French Way, starting at Roncesvalles and Somport in Los Pirineos. However, it is a much greater challenge than starting from Sarria (which can be covered in 4 or 5 stages), because the pilgrim will have to dedicate two full weeks to travel this section, which makes prior preparation necessary. During the journey from León to Santiago, you will cross historic towns like Astorga, Ponferrada, O Cebreiro, Triacastela, Sarria, Portomarín, Arzúa or the city of the Apostol.

From León to Santiago: many services, hostels and pilgrims

León is a starting point of the Camino de Santiago from where you will find a great number of services and accommodations until your arrival in Santiago de Compostela. So it is a good idea to choose this route if you are one of those first-time pilgrims who have never before dared to travel the French Jacobean route. Also from this point the Way is really well signposted and the road is in very good state of conservation, making it difficult to get lost. In addition, especially towards the end of spring, this stretch is more and more crowded, so there will not be a large number of walking pilgrims with whom we will meet.

The most common departure from León to Santiago de Compostela is to take the French Way and enter Galicia through O Cebreiro, although if you plan to travel this section in the coldest months of the year, you should also consider taking the Winter Road. At the height of Ponferrada the pilgrim can take this route, which continues southwest direction through the province of León to enter Galician and travel through its four provinces until connecting with the Sanabrés Way in Lalín.

if you are planning to do the Camino de Santiago from León, you should know that the city is well connected, especially with the capital, cities such as Gijón and Oviedo and other capitals of the province of Castile and Leon, such as Burgos or Palencia. From Madrid you can reach León by train in 2 hours. And 15 min, or do it by bus in just over 3 h and 30 min. From Barcelona there are several direct flights per week to Leon that take less than 1 h and 30 min (the fastest connection); In the case of the train, the fastest is to link with Madrid.