Choose Roncesvalles is to go for all, find one of the deepest experiences Jacobean, with more than 750 km ahead to Santiago de Compostela. 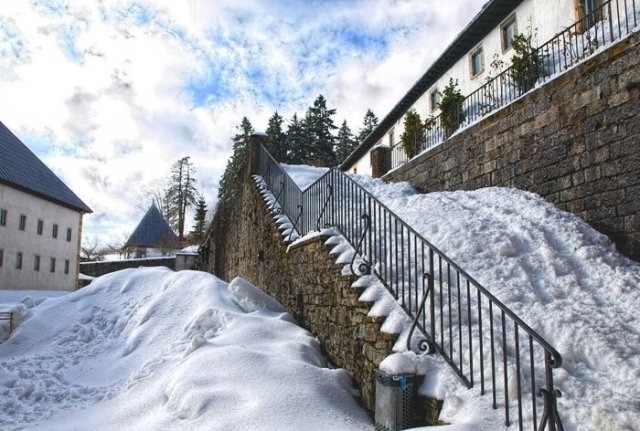 The Camino from Roncesvalles: the French Way from the Pyrenees

Doing the Camino de Santiago from Roncesvalles is an unforgettable experience for all pilgrims who seek to emulate in some way the medieval route that connected Santiago de Compostela with Europe. A 750 km journey to Santiago de Compostela begins in the Pyrenees, crossing the autonomous communities of Navarra, La Rioja, Castilla y León and Galicia from east to west and enjoying a lot of totally different environments.

Roncesvalles is not the beginning of the French Way itself, since it finds its starting point in Saint-Jean-Pied-de-Port, a small French village in the Pyrenees and each year they choose more than 30,000 pilgrims from all over the world to walk to Santiago. However, there are many pilgrims who choose to depart from Roncesvalles to save the hardness of the Pyrenean stage that precedes this ancient village of the Navarrese Pyrenees, which makes it the sixth most chosen point each year to start the French Way (the 11th of the entire Camino de Santiago).

If you choose Roncesvalles to start your journey along the Camino de Santiago, you will start with the Roncesvalles-Zubiri stage, a route with long descents and steep climbs and a baptism of fire for the pilgrims. Being the busiest route on the peninsula, the 750 km of the Camino de Santiago from Roncesvalles are well signposted, with multiple services and accommodation for all types of pockets, especially in its last section, from O Cebreiro. The pilgrim who travels this millenary route will cross all kinds of terrains, such as mountain passes, arid plains, lush forests or endless grasslands.

More than a month invested in the Camino de Santiago

Doing the Camino de Santiago from Roncesvalles means traveling more than 90% of the route of the French Way, crossing up to six complete provinces (Navarra, La Rioja, Burgos, Palencia, León and Lugo) and part of A Coruña to Santiago de Compostela. This route of 750 km involves completing up to 31 stages of the French Way (calculating that completing each stage will take between 6 and 8 hours), which you can consult in the complete guide of ViveCamino.

If you have the privilege of having a month to travel the Camino Francés from Roncesvalles and you can also choose which time of the year to do the Camino de Santiago, we recommend you do it in spring or early autumn, when you will have softer temperatures that in the middle of summer when you cross the Castilian plateau. Also remember that you must arrive well prepared physically, since you will spend many days in a row walking (there are pilgrims who decide to depart the route of the route on several occasions), in addition to carrying only what is essential in your backpack.

How to get to Roncesvalles from the main Spanish cities

If you are planning to do the Camino de Santiago from Roncesvalles and parts of one of the main Spanish cities, such as Madrid, Barcelona or Valencia you should know that the best way to get to this town is through Pamplona. Once you reach the capital of Navarre, pilgrims can choose to get to Roncesvalles by bus or taxi. From Pamplona a daily bus departs to Roncesvalles every day of the week except Sundays and holidays, that there is no service; It costs 6 euros and takes 1 hour and 10 minutes. The service is reinforced in the months of July and August by the influx of pilgrims, but without service on Sundays and holidays, when pilgrims must take a taxi, which costs around 60 euros.