Between the rivers Sil and Boeza is Ponferrada, the capital of the Bierzo region and one of the main crossing points of the French Way throughout the history of the Camino de Santiago. If you are looking for a starting point for your pilgrimage, we tell you why Ponferrada is a great place from which to start walking to Santiago. 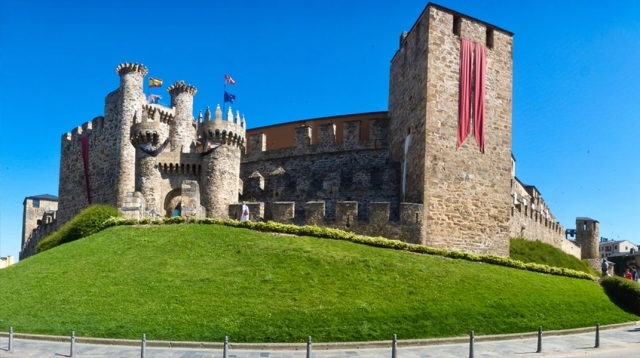 Why choose Ponferrada to start the Camino de Santiago?

Ponferrada, a city of medieval origin, capital of the Bierzo region and in the heart of the province of León, is one of the geography points with the most Jacobean tradition. It is located just 200 kilometers from Santiago de Compostela, which makes it a perfect starting point to do the Camino de Santiago, which from here can be traveled on foot in about 10 days (or four by bike). Making the Camino de Santiago, crossing the 9 stages of the French Way from Ponferrada you can get the compostela both on foot (minimum 100 km traveled) and by bicycle (a minimum of 200 km is required to Santiago).

Walking the 200 km of the French Way from Ponferrada requires some prior preparation - with some stages of a certain requirement - although the French route is less difficult than others, such as the Primitive Way or the Northern Way for the uninitiated. The pilgrim who begins the Camino from Ponferrada will find a clear and extensively marked route, always accompanied by other groups of pilgrims (almost every month of the year) and full of services; However, it is by far the busiest route on the entire Camino de Santiago.

When to walk the Camino de Santiago from Ponferrada?

The best time of the year to travel the French Way from Ponferrada is undoubtedly the months of spring, summer and beginning of autumn. It is different from the busiest months on the Camino, when you can cross O Cebreiro without weather problems, good weather accompanies and rainfall is less frequent (although you should always take a raincoat with you).

If you still want to travel the Camino from Ponferrada during the coldest months of the year, you should know that there is a route from the same capital of Bierzo, the Winter Road, which serves as an alternative to the French Way, avoiding the snows of O Cebreiro This traditional alternative route has been used for centuries by pilgrims in winter; part of Ponferrada and ends in Lalín, in the province of Pontevedra, crossing the natural channel of the Sil river. Upon arriving in Lalín, the Winter Road connects with the Sanabres Road, which reaches southeast to Santiago de Compostela.

Is it a good idea to walk the Camino from Ponferrada by bicycle?

You can travel the French Way from Ponferrada (200 km) in two ways; either on foot in the traditional way, going through 9 stages, or by bicycle, which shortens the pilgrimage to only 4 stages. If you are going to travel the Camino by bicycle, starting in Ponferrada is a great idea, since from here the bicigrinos can obtain the compostela when they arrive at the cathedral of Santiago (document that certifies that you have traveled the Camino).

By bike from Ponferrada the difficulty will be decreasing, finding a first stage quite hard that concludes in O Cebreiro, a somewhat less demanding second stage (O Cebreiro - Portomarín) and two last days much more accessible for the bicigrino (Portomarín - Arzúa and Arzúa - Santiago).

How to get to Ponferrada to walk the Camino de Santiago?

Ponferrada is a city well connected by rail and road with the rest of Spain, however the city does not have an airport. To arrive by plane you have to fly to León airport, which is 110 km away or to Asturias airport (near Aviles), 215 km from Ponferrada. The capital of Bierzo is well connected by train with Madrid, Barcelona or León; By road there are numerous connections via coach with different Spanish cities (managed by the company ALSA).

The stages of the French Way from Ponferrada

Making the Camino de Santiago from Ponferrada will not take us more than 10 days; It consists of 9 stages on foot to Santiago de Compostela, touring the region of Bierzo, crossing the mountainous landscapes of O Cebreiro, traditional villages or lush Galician forests until concluding in the cathedral of Santiago.