The Camino de Santiago from Astorga

3
The Camino de Santiago from Astorga 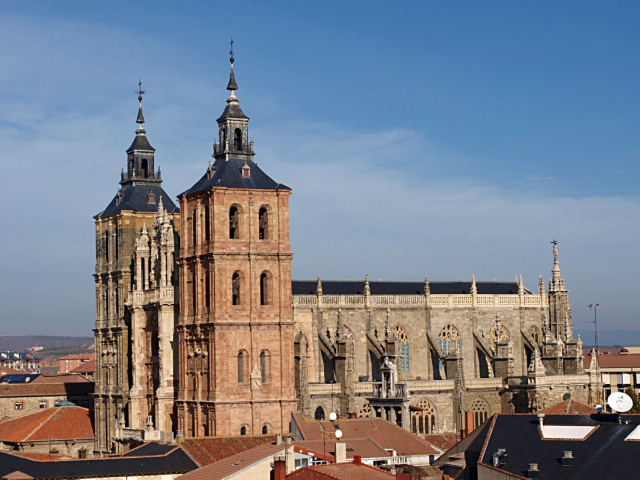 The Camino from Astorga: A section of the French Way that joins the city of León and Santiago.

The pilgrimage to Santiago de Compostela is a tradition that dates back to ancient times. Throughout the history of the Iberian Peninsula, all kinds of paths have been opening their way, which is why it is currently known as a Jacobean phenomenon that is formed by a complex network of routes with multiple starting points.

The French Way is, without a doubt, one of the routes of the Camino de Santiago with more folklore and legends. The traces of this historic route date back to the ninth century, just after the discovery of the remains of St. James the Greater. It is nothing more and nothing less than one of the oldest roads, and through it numerous scenic, artistic and archaeological attractions are discovered.

It is well known that the Camino de Santiago can be done in parts, and with regard to the section of the French Way from Astorga, we are facing a route steeped in history that also meets the Via de la Plata. The city located in the central area of the province of León is known as the second town with more hospitals for pilgrims and, as a whole, is one of the great historical centers of the Jacobean Routes with multiple archaeological remains from Roman times.

Why do the Camino de Santiago from Astorga?

No matter who you ask: anyone who has ever taken the Camino de Santiago will agree that it is an unforgettable experience. Through the Camino from Astorga you can enjoy different panoramic views and landscapes that will remain engraved in your memory. Like any other Jacobean route, the journey involves a great physical effort, something that translates into a daily challenge divided into 11 stages in which it is demonstrated that with willpower we can achieve all the goals we set ourselves.

Venturing on the Camino from Astorga means indulging in a historic path that joins the most charismatic points of the French Way. Along the way you will discover monuments and other tourist attractions of enormous importance within the pilgrimage. In addition, since it is a route of about 254 kilometers, it is ideal to enjoy the benefits of one of the oldest and most important routes to Santiago from the city of León.

The stages of the Way of St. James from Astorga

The Way of Saint James from Astorga consists of 259.3 kilometers divided into 11 different stages. As it is part of the French Way, it can be crossed either by bicycle, on horseback or on foot. The route starts in Astorga and ends in Santiago de Compostela, passing through all the municipalities that you will find below.