Provinces through which the Way of St. James passes and what to see in them

We review some of the most recommended monuments to visit during your experience on the Camino de Santiago. 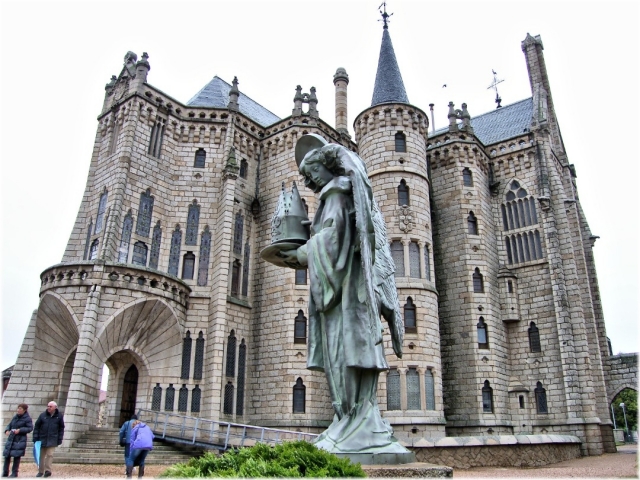 The Camino de Santiago is not only a perfect experience to live on a religious and personal level, it is also a great opportunity to go sightseeing in some of the main provinces of northern Spain and see some of the archaeological, artistic and architectural monuments. On this occasion we will focus only on the provinces of the Camino de Santiago Francés, the main route through which most pilgrims march annually face this challenge and adventure.

What to see in Navarra?

Navarra is the first province that pilgrims step on when they arrive in Spain and the usual starting point of the French Way, which is why some of its places and monuments are mythical on the Camino. We are facing a green province, full of ups and downs, with an obvious natural beauty. Gastronomically it is also the best and you can visit places like Pamplona or Puente de la Reina.

What to see in La Rioja?

We pass the Ebro Valley through the rugged lands of La Rioja, where the vineyards abound around the countless rivers. Actually there are 7 rivers that serve as tributaries of the Ebro, which is why this autonomous community receives the nickname of "the one of the seven valleys". From their routes we will recover with rich dishes such as potatoes from La Rioja or lamb chops to the vine.

What to see in Burgos?

Being nestled between the beginnings of the Cantabrian mountain range and the Iberian system, the province of Burgos is where the pilgrim will begin to intuit those flat lands that plague the entire Plateau in Castilla y León. A hot land in summer and, above all, very cold and hard in winter. Do not hesitate to go well prepared if you do the Camino de Santiago in winter.

What to see in Palencia?

And we arrive at the Castilian province of Palencia, through which two stages of the French Way pass. The anthem of the province is a good description of what, at the geographical level, we will find in our path: "Vega and valley, plain and mountain". To the north it is limited by the high peaks of the Cantabrian mountain range, but to the southeast we find the Plateau.

What to see in León?

And finally we arrive at the province of León, the last one we will travel in Castilla y León before reaching Galician lands. A simple path at the beginning but, when we approach Galicia, it will undoubtedly be a bit more demanding. A land full of monuments to see, between castles, palaces, cathedrals or the same Marrows -which we can see with a small detour of time-.

What to see in Lugo?

We enter Galicia through the province of Lugo, one of the most mysterious and traditional of our entire geography. It is true that the main cities of Lugo are quite remote from the Camino de Santiago, so visiting them will take a little more time, just like other interesting monuments such as the Playa de las Catedrales. At least if we are doing the French Way, since several of the long routes of the Way pass through Lugo.

What to see in La Coruña?

Finally, the last province we will visit on the French Way of Saint James is La Coruña, although the route leads us directly to Santiago de Compostela, which is why cities like La Coruña will be out of our route if we do not make a detour. It is a province with a mild climate both in winter and in summer, and that will conquer all pilgrims with its gastronomy just like any province in Galicia.