History of the Camino de Santiago for children

Are you thinking of doing the Camino with your children? Discover here the history of the Camino de Santiago explained for children, and very useful information to make them part of this great adventure 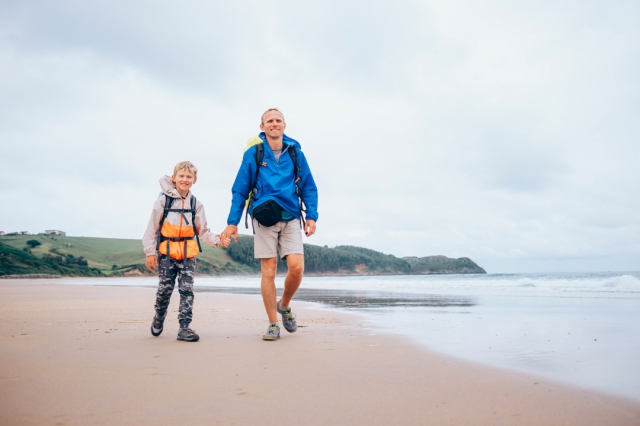 Once we have informed ourselves, and we are ready to begin our journey, it remains to explain to our children a brief summary of the history of the Camino so that they can feel part of the adventure. Here we leave you a very practical cartoon that explains the origin of the Camino de Santiago for children.

It was 830 when a hermit named Pelayo saw lights coming from a nearby forest. This curious phenomenon was repeated every night, for which Pelayo, surprised, decided to notify Teodomiro, the pleasant bishop of Iria Flavia. Teodomiro went to the area and discovered three sacraphages that were occupied by the apostle Santiago el Mayor and his disciples Anastasio and Teodoro.

Theodomiro, astonished at having found the apostle Santiago and his disciples, notified the then king, Alfonso II el Casto, who did not hesitate to go as soon as possible with his entire court from Oviedo to Santiago, becoming the first pilgrim. Once there, Alfonso built a chapel next to the mausoleum that Teodomiro had found. The first Benedictine groups arrived in Santiago and settled in the monastery of San Paio de Antealtares, from where they watched over the relics of the apostle Santiago and his disciples.

Time passed and the small chapel that Alfonso II had originally built underwent up to four reconstructions and extensions. In 1075, the Romanesque cathedral that we can see today in the Plaza del Obradoiro was built. This phenomenon soon spread throughout Europe, and pilgrims began to make the pilgrimage to the Cathedral of Santiago de Compostela, making this pilgrimage one of the most important in the world. 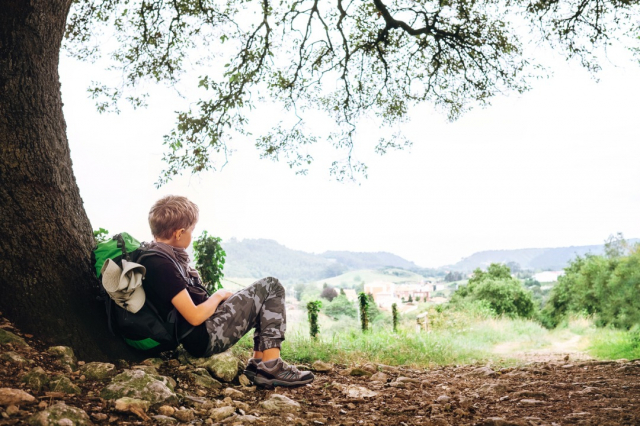 Now that we have already told the children the history of the Camino de Santiago in a very summary way, we are going there with some relevant information so that not a single detail is lost!

Some of the best-known roads are the French Way, which enjoys being the most famous and busiest route. It leaves Roncesvalles and crosses Spain passing through beautiful Spanish cities such as Burgos and León. The Primitive Way ends on the French Way, leaves Oviedo and joins the Northern Way in Arzúa. The Vía de la Plata crosses Spain from Seville, it is the longest route and crossing it we can reach the French Way in Salamanca, or the Sanabrés Way in Zamora. The Mozarabic Way starts in the Andalusian province of Almería, joining in Mérida with the Vía de la Plata. The Portuguese Way is another of the pilgrims' favorites, it departs from Lisbon and crosses the border to enter Spain in Tui. The English Way begins in Ferrol or A Coruña, it is not as famous but it is usually the most chosen by pilgrims who arrive by boat from northern Europe. Finally, the Camino to Finisterre and Muxía, leaves the city of Santiago de Compostela, and is an excellent option once you arrive in the city and want to contemplate unique landscapes.

Finally we will talk about two very important documents to do the Camino: the credential and the compostela.

The credential is the accreditation document of each pilgrim. It is obtained in some hostels, parishes, Jacobean associations, etc., once we start our journey. Thanks to the credential we can justify our travel itinerary, after having sealed it correctly in each each place we visit.

The compostela is the document that proves that we have made the pilgrimage to Santiago de Compostela. Without a doubt, an achievement for any pilgrim!